“What do you mean you’re not coming to New York?”

Carynne knocked me on the head with her sharp, little knuckles. “That’s what I’m trying to get through your thick skull. I’m going to Maine.”

“Maine.” We were sitting in the Vietnamese noodle place near the house, having each consumed a bowl of soup bigger than our heads. “You don’t have family in Maine…?”

“Ah. I take it Gerry’s a serious relationship then. Boyfriend? Girlfriend? You haven’t said.”

“Well you haven’t exactly been around much to talk to.”

True, very true, but the fact that she had taken this long into not only this conversation, but my time back home in general, to tell me of Gerry’s existence made me, shall we say, skeptical about her commitment to the relationship.

“And it’s boyfriend,” she clarified. “His family has a place up there and it’s all cocoa by the fireplace and sledding and whatnot.”

“You’ve lived here for years! You’ve had plenty of snowy Christmases.” Hell, I remembered walking through the snow with her once after a fancy dinner with Digger. God, that was a million–or maybe three?–years ago. “But okay, sure, if it’s important to you. I mean, is this guy for real?”

She gave me a less-than-confident smile.

“Don’t take it the wrong way! He’s great. I want to meet his family, you know? And give it a chance. If there’s any chance for it to, you know, blossom into something big.”

“Do you hear yourself?” I waved for the check, but failed to actually get the attention of a waiter. “I was going to try to talk you out of going, but you sound like you’re still trying to convince yourself to go. Or to have the relationship. Same thing, I guess.”

She rested her chin on her hand. “God, I don’t know. We’ve been going out for about three months. It’s still new and exciting. But.”

“But this is the usual make or break point. This is the point where I usually get bored and get out or where it finally sinks in for them that I’m not going to be around on weekends and evenings like a typical girlfriend and it’s time to move on.”

“And this guy hasn’t done that.”

“Not yet. He did invite me to his family’s cabin in Maine.”

“And it so happens that none of your acts have holiday show plans.”

“Exactly. But I’m not sure he gets that some years I might be less available.”

I nodded. I was disappointed she wouldn’t be with us in the city, but at the same time I wanted her to be happy, you know? “So he’s not a total tool?”

“I think you won’t know that for sure until he meets the rest of us.”

“What are you talking about?”

“I’m serious. You’re going to meet his family, right? But when is he going to meet us? You can’t be really serious about someone who hasn’t met us. Or me, anyway, if there’s no band.”

She looked at me with that little frown between her eyebrows. “You’re serious.”

“Very. And I’m worried the reason you haven’t introduced him is you’re afraid me and the guys, and your other bands, will disapprove. Has he met Polly and the gals?”

“No,” she admitted. “But since when do you guys get to say who I can or can’t date?”

“I’m not saying we get to do anything. But you know that anyone who we think is a total tool is someone who is totally wrong for you. And we’ll be right.” I tried again to wave for a waiter and this time got one waving back in acknowledgement. “And so I’m worried you already know this guy’s a loser and you keep thinking if you wait to find out for sure, maybe you can turn him into a winner. But you can’t.”

She rubbed her eyes. “Maybe his family will hate me and it won’t matter anyway.”

“Why would you let his family’s reaction dictate what happens but not us?”

“Yeah, probably.” She paid the bill when it came, slipping cash into the folder and leaving it on the table. “Can I run an idea by you? A business idea, I mean, not a relationship one.”

We pulled our coats on and walked out into the cold. To get ice cream of course.

“I’m thinking of re-launching Polly’s band, as a stunt, booking them as if they’re actually from another country,” she said as we walked. “Japan, probably, because that always sounds cool and hip.”

“What do Polly and them think of the idea?”

“Assuming they’re willing. What’s your take? Will the industry flip or not care?”

“Well, there’s two kinds of not care. One is not pay attention regardless and one is to jump on them and discard the fake origin right away. But what if the industry is neither of those things and instead just wants to be complicit in making the lie bigger and bigger?”

“I mean, then do you get to a point where when the bubble bursts it leaves a crater? Because you know people will find out.”

“I’m thinking just a stunt to get label interest, not a fan following, but I see your point.”

We went into Herrell’s and looked at the board with all the ice cream flavors written on it.

She was right: I was. “Yeah, my eyes have been kind of funny lately. Colin says it’s from staring at the computer screen too much.”

“Computer screen? Hold that thought.” She told the person with the nose ring and the ice cream scoop what she wanted. I did the same.

When we sat down on a wooden bench in the window I said, “Yeah. I did a bunch of the work on composing the soundtrack on the Mac I bought for Remo’s studio. I used it as a sequencer. Um, plus email.” In the last two weeks, when I wasn’t building the guitar with Colin, or asleep, I was posting to email lists about music and poking around in newsgroups. And playing with music software. There were a couple of times I had come up from the basement and it was well into morning already.

“I’ll make an appointment for you to get your eyes checked,” she said. “After Christmas.”

“I’m staying in the city after Christmas, remember? To do that stuff with Jordan.”

“Hey. If you break up with Gerry at Christmas, you can always come down to the city and watch the ball drop with us.”

I smiled, too. Australia on Acid. Could be a band name. Just thinking about it made my head feel floaty and my heart lighter. I remembered feeling one with the universe and remembered my promise to myself to try to find that feeling by actually getting in harmony rather than taking drugs.

“Oh, hey,” I finally remembered to ask, “do you know the name of the guy Ziggy signed with after he gave Digger the boot?”

I didn’t recognize that name–not the first name, anyway. “Any relation to Weiland Thomas?”

“Grand-nephew, I think?’ she said. “He’s the first one since Weiland Junior to get involved in the agency again, kind of a hot shot. Honestly? It looks like a good match.”

“You’ve met this guy?” I spooned up hot chocolate that had hardened against the ice cream and then scraped it off the spoon with my teeth.

“No. But I know his name and his reputation. And it sounds good, you know? I think he’ll be able to take Ziggy a lot farther than Digger ever could.” She put down her spoon. “Shit, that reminds me. A letter came to the office today. Looked like something legal, had your name on it. I meant to grab it and bring it in case it was important. I’ll open it tomorrow and let you know. When do you leave for New York?”

“Courtney’s got a paper due on Wednesday and we’re planning to leave that night.”

“No problem, then. I’ll let you know tomorrow.”

We walked back to the house then, where her car was parked, and she came in for a minute to ask Chris something.

And then we were getting ready to say good night, and she said, “So you never really told me what the latest is with you and Ziggy, you know.”

Which was how we ended up in my room talking until five in the morning.

(Thought you all might enjoy this little 6 minute documentary on Level 42 as well. -ctan)

(Site news: Fanfiction and fanworks initiative! Since the last liner note, a bunch of folks have declared their intentions to create DGC fanworks of various kinds! I’ve already been sent one whole fanfic story and a song to share with you all, I know some art is planned… so this is a reminder I’ll be giving a bounty of a Moondog 3 tote bag to anyone who completes and shares their fanwork before Valentine’s Day 2015! Not a writer or an artist but still want to do something? How about a fan post casting a DGC movie with photos of your dream cast? Or make a set of memes or banners of your favorite quotes from DGC? I made the one below intending to post it on Tumblr and never got around to it! Let me know if you need the logos for anything! Anyone got musical talent want to record a song? Make album cover art? Or something I haven’t even thought of? Drop me a note with your idea or just do it! 🙂 No judging, no contest, just sharing and loving it, ok? -ctan) 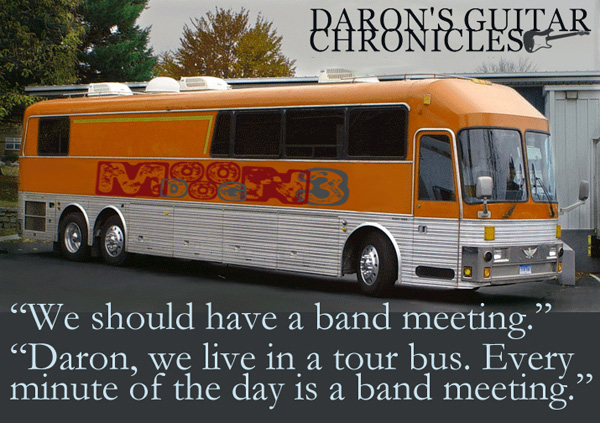 Update: Duh, here are logos you can all use if you’re making memes! The GIFs should be transparent in the background (so the white on transparent is going to be hard to see here…) and the JPGs are solid background. -ctan