Okay, because it’s Christmas, I wanted to do something special, and I realize this means dragging out the cliffhanger a bit, but that’s just how the dates fell. I wrote you guys a little Christmas story from Ziggy’s point of view, about his high school days in NYC. Thursday we’ll be back to our regularly scheduled chapter! Merry Christmas and Happy New Year! -ctan
—

“So, this is Christmas…” I didn’t mean to quote John Lennon, but sometimes these things just happen. “…in the big city.”

“This city’s not that big,” Vanni said with a shrug, hands in his pockets as we walked along the crowded sidewalk up Fifth Avenue. “Sao Paulo’s bigger.”

“I wouldn’t know.” All I knew was that New York was a helluva lot bigger than Baltimore and that it suited me well.

“I thought you’re part Brazilian?” He glanced at me through ratty bangs, the last frayed remnants of a bad bleach job clinging to the final inch.

“Doesn’t mean I’ve been there.” It wasn’t the size of the city that suited me so much as its place at the center of things. TV, radio, Broadway, it was all right here. The true cultural capitol of the United States of America.

“Ah, too bad,” he said. “Sao Paulo’s the best. Sex there is like…” He snapped his fingers.

“Like…?” I snapped my fingers back at him and some tourists swerved on the sidewalk to get out of our way. There were a ton of them, in the city to see the big tree and the department store windows and do their shopping. “What do you mean?”

“Easy as shit,” he said. “You just see a girl, tell her you think she’s beautiful, and if she likes the look of you, bam, you’re getting some within minutes. I’m telling you, after a week my dick was raw.”

I snickered, unsure how much stock to put in Vanni’s boasts of conquest. “You go there a lot?”

“I’ve been twice. You know, we’ve got family there. It’s different down there. Not like here where everybody’s uptight. I swear it’s the weather.”

The weather. We were pretty well bundled up, or as bundled up as we could be and still look acceptably cool, which meant hoodies under our leather jackets and our hands in our pockets. The air was crisp, getting close to freezing, which is normal for December. “What’s the weather like there?”

I was still figuring out Vanni, though. We’d met at school because his mother and mine had hit it off on Back to School night. She was a single mom, like mine, and he and I were in the same grade.

I wanted to suck his dick. It was long and slender, like he was, and I’d seen it numerous times after gym class. I was fairly sure I’d seen it that often because he’d wanted me to see it, but he’d never said anything outright, never made a move. I wanted him to suck mine, too. This feeling of lust never left me. It was always there, whenever Vanni was present, pulsing in the background.

There were ropes to keep the crowds close to the building and still leave room on the sidewalk for people to walk past. The crowd was very thick, and people were pressed together like sardines, trying to get a look.

“You’re bad,” he scolded in a low voice, but didn’t tell me to stop.

We went into St. Patrick’s Cathedral next, where we didn’t have the excuse to touch each other. In one of the back alcoves I lit a candle in front of a saint but instead of kneeling down to pray, I just bowed my head and crossed my hands over my crotch. I prayed I’d find a gift for my mother. That was what I was supposed to be doing this night, finding something for her. Being mostly broke and feeling increasingly out of touch with her had meant I had no idea what to get for her. We lived in the same house but she had started dating a man in Staten Island, and would often disappear there for a night or two at a time. I could take care of myself, and did.

That night was one of those nights.

“I’m hungry,” I said to Vanni as we exited the church.

“You got any money?”

“Enough for a slice.”

I followed him across the avenue and down a side street where we came to a pizza shop selling slices at the counter. My mouth watered. “Man. I really want the sausage. But I can only afford the cheese.”

He snickered. “You are bad.”

“How ’bout this,” he said, and I heard the tension in his voice. The more casual he tried to sound, the more wound up he was. “I pay for the pizza. You repay me with, you know, a favor.”

“You know. Friends do favors for each other.”

“I would be happy to do each other, I mean, do things for each other,” I said.

He paid for two slices, with sausage, and we sat on the edge of a fountain that was dry for the winter to eat. It was less crowded on the side streets but there were still a lot of people around. That didn’t stop me from pulling him into a niche between a parking garage and a building and thrusting his hand into my own jeans.

“Holy shit,” he said when his fingers touched my dick for the first time. “What do you need?”

“I need a Christmas gift for my mother,” I said. “But I want to get off with you.”

It was tempting, but it wasn’t a very conducive situation. I wasn’t afraid of the risk, but it wasn’t the best spot. “No. My mother’s out tonight if you want to come back to my place.”

“Shit, yeah, what the hell are we doing in midtown, then?”

“Looking for a gift for her,” I reminded him.

“Ha. Like you, who can’t even afford a slice of pizza, is going to waltz into Tiffany’s?”

My cheeks heated at his tone, and not with lust. “I thought maybe the Macy’s windows would give me some ideas at least.”

“Some ideas.” He shook his head. “Ziggy, saving up money takes time. You know Christmas is next week, right?”

“Guilt-trip her new boyfriend into paying for it,” I said. “How much you want to bet he’s struggling to think of something? I’ll call him up and be like hey, I have the perfect thing for her. But it has to be from both of us.”

He nibbled on my neck, which surprised the hell out of me since I didn’t think he’d actually be that into it, and then breathed into my ear. “You are full of surprises. And plans. You always look like you’re totally winging it and then it turns out you have plans.”

“The only flaw in the plan is that I don’t know what to get her, though.” I sighed and rutted against his thigh.

“I wonder if she’s dropped any hints to my mother,” he said. “But let’s go back to your place and think about it more.”

“Okay.” At this point it was clear the only thing either of us could really think about was sex, so pursuing any other lines of thought would have to wait.

“After all, I have to collect on my debt,” he said with a laugh.

It took nearly an hour by public transit to get to my place. When the trains weren’t too loud, he liked to talk, though. “So I’ve been helping my uncle in his business. That’s why I haven’t been hanging around after school anymore.”

“Yeah, he doesn’t pay a lot but it’s cash under the table and I’m learning a lot.”

“Builds custom cabinets mostly. It’s carpentry but also some of it’s almost like art. He says I’m good with my hands.”

“I am. A very bad boy.” And so on. Whatever he would bring up, I’d manage to make it about us having sex.

When we got there I didn’t even bring him to my bedroom. I started unzipping his pants right there in the living room. It felt more decadent that way, and more grown-up.

I stroked him while I asked, “So how long a blow job do you think a slice of pizza is worth?”

“Shit, you think I’m going to last more than five minutes in that whore mouth of yours?”

I laughed and set about my task.

Between orgasms one and two he called his mother to say he was staying over at my place for the night.

Between orgasms two and three we ordered a pizza delivered. While we were waiting for it to arrive, he paraded back and forth in the living room in nothing but his skin. Our downstairs neighbor always cranked his heat so our apartment was swelteringly warm even though our thermostats were down. I could almost see his point about Brazil, about if everyone went around half naked all the time people’s attitudes might be different.

“What’s this?” He was standing in front of a cabinet next to the TV that he couldn’t really see because it was covered over by a shawl.

“Oh, that’s my mother’s doll collection.” I sidled up next to him and pulled the shawl aside. One of the cabinet doors was missing and the other was half off its hinges. The missing door’s glass had been smashed in what was termed a “domestic dispute” by the Baltimore police. In other words they didn’t want to get involved in a fight between the members of a couple. My mother had started packing to leave the next day. By the time I was showing the dolls to Vanni we had been in New York for a couple of years, and she’d never gotten around to getting the cabinet fixed. She preferred spending that money on clothes for me (and herself).

The dolls were from all over the world: China, Japan, India, Chile, Mexico, France. They were all different sizes and most of them were not the type of doll you played with like a child, but more like an art object or tiny statue. The one from Spain was a flamenco dancer on a stand. Her tiny high heels were removable and I put them on the ends of my fingers and danced them up and down his chest. “When I was a child she used to tell me each one’s story. They each mean something to her.” It had been years since I had heard her talk about the dolls.

“They’re cool,” Vanni said, plucking the tiny wooden fan out of the hand of a white-skinned geisha doll and then carefully putting it back. “Why are they covered up like this?”

“To keep them from getting dusty, she says.”

“I know what you should get your mother for Christmas,” he said seriously, voice dropping low.

“Yeah. You should hire me to fix it up. I can make a new door, fix the hinges, all that. And we can keep it hidden under the shawl so she won’t even see it until you go ‘ta-daa!’ Sound good?”

“Sounds great!” I put the dancer’s shoes back onto her feet. “But what’s the price?”

His grin was sly. “I think you know the price already.” He slid a hand around my bare hip.

“Then let me make a downpayment right now.” 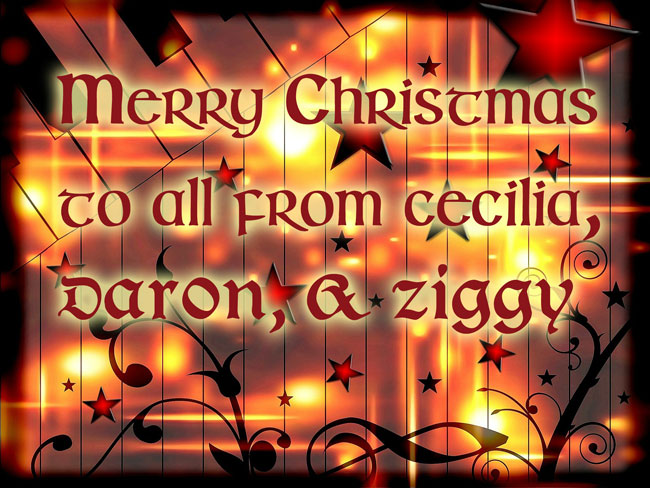