We got our twenty minutes. We worked on one song during our soundcheck. We worked on it enough to make me feel like–at least on that one song–we tiptoed back an inch or two from the precipice. The rest of the Star*Gaze set was still going to be like crossing the canyon without a net, though.

Fine. I considered that as a group of professionals we could make the best of it, but I still wasn’t happy about it.

Yeah, I let myself dream about things like that, in the moments when I wasn’t going insane trying to actually do everything that was demanded of me.

But here we were, duct-taping a set together from half-rehearsed parts, while I struggled to remember the damn lyrics and why I wrote them, and my guitar sat in the case, silent.

I checked in with Flip after we came off the stage and he was adjusting something on his own guitar. He had a road case that was like something a race car mechanic would have–full of drawers and tools and spare parts–except it was for tuning up guitars, not cars. The work surface of the case was blue velvet.

“You feeling all right?” I asked him.

“That’s what I’m supposed to be asking you,” he said. His wraparound bug-eye-black shades were perched on top of his head and since he didn’t look up from what he was doing, I had the weird impression that his glasses were looking at me.

“You can ask me after you answer.”

“Daron, I’m fine. You don’t need to jump in and rescue me, if that’s what you’re worrying about. I’m just fine being thrown into the deep end of the pool.” He shrugged and looked up. “How’s your hand?”

“Slept like the dead last night.” I was a little surprised I’d slept so long or so well, given how anxious and unsettled I felt overall. But I guess sometimes my body just says no more and lays me out no matter what my brain thinks about the matter.

“You needed it.” He didn’t say anything about Vitamin F, which I took to mean we were in agreement it was good that on a non-show day, when I had slept on the plane already, I was able to sleep. Then he added, “At least someone got a good night’s sleep.”

Which I took to mean after getting in as late as we did that everyone else had spent too much time awake. Which maybe explained the sunglasses that fell back down over his eyes when he nodded. Maybe there was more arm wrestling.

I thought about asking him if perchance he knew how Ziggy was doing, since I’d barely laid eyes on him and I was feeling a little guilty about that, but I decided against potentially opening a can of worms and resolved to try to spend some time with Ziggy on our off day tomorrow.

Dread is a something to dread. When you feel like time both goes too fast and too slow–and not because of any interesting drugs. When you wish the moment wouldn’t arrive but you also can’t wait to get it over with. It’s a terrible way to feel about doing the thing you were supposedly put on earth to do.

Well, except I didn’t feel like fronting a band like this was my calling. The guitar and songwriting were my calling(s). How did I end up doing this, again? Oh yeah, injury, circumstance, et cetera. Argh.

I sat on the back of the stage, facing the large portion of the stadium where the seats were empty. They didn’t sell the ones in the back, only in the front. I decided to do that thing where you breathe all the way to the bottom of your diaphragm and then let it out slowly. Whenever I did that, it was like on the exhale I could feel the Vitamin F zooming around in my bloodstream.

The sun was setting. It was colder out there than I expected. I was wearing my leather jacket and I felt chilly. There was a lot of crowd noise reaching me, but I couldn’t see any of them.

Suddenly the hair on the back of my neck prickled and stood up on my forearms as an idea struck me. It was like I was staring at a ghost audience that I could hear but not see. These empty seats, the voices I could hear, these were the people who would have come to see Moondog Three play if we had stayed together. If everything had gone as planned. It was like I was hearing them from an alternate universe where Mills wasn’t a douchebag. It was like a hallucination that was so real it made me ache with how much I wanted it.

Just as suddenly I started to cry.

—
(Last chance to vote on what time we livestream from the DGC reader meetup on Aug 20th! Most likely times right now are either 3-4pm or 4-5pm. Comment or send me email, eh? I’ll be reading the next chapter, possibly two, and chatting live with you guys. Our Louisville area hosts, sanders and s, are planning to give away a gift bag to some lucky participant on the stream, so get ready to follow us on Youtube Live. If there’s the bandwidth we might do a Facebook Live feed simultaneously, but I wouldn’t count on that. -ctan)

(OK, I’m skipping forward a little in time to grab this Tom Petty song, but this chapter was hard to title. -d) 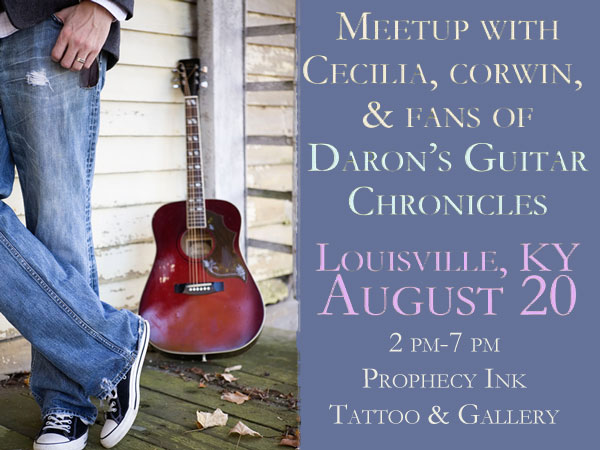