(Please support the DGC Thunderclap! We need 100 people to sign up to share the news on Dec 29th about the new ebook: http://thndr.it/1G7l4bZ)
—

So here’s a list of my least favorite things in the world: getting up early, talking to lawyers, and dressing up. Guess what I did the morning before Courtney and I left for New York? Yeah. Way to start the holidays, eh?

Courtney and I took the train to the city, though, which was nice. My sister was learning some really fascinating stuff in school, a lot of it from talks given by alumni that weren’t necessarily part of her regular classes. I had known Emerson had a lot of performing arts and communications stuff. What I hadn’t really known was that Emerson–which I thought of as one of the dinkier colleges among the hundreds in the Boston area–was a kind of job pipeline into the entertainment industry. So I picked Courtney’s brain for a couple of hours on Amtrak and she was, I think, very happy to have a lot to school me on.

My little sister is cool.

What time we didn’t spend deconstructing the vagaries of entertainment capitalism we spent gossiping about Colin, Chris, and Carynne. Court didn’t approve of Colin’s girlfriend in the same way I didn’t approve of Carynne’s boyfriend. And Chris just seemed lonely. He was going to come down on the weekend so at least he wasn’t dealing with family baggage for the holiday.

“I mean, who says you have to be ‘with’ somebody to be a complete human being,” Courtney said, at one point. “Why does everybody have to be paired up?”

“Well, if most people feel lonely, it’s kind of inevitable that they’d glom together to solve that problem, right?” I said.

“I guess. But what about people who aren’t driven by loneliness and who just want to have a good time and enjoy the company of other people without it being a, like, soulmates thing? Wouldn’t that be healthier for everyone?”

“Healthier?” It was only the middle of the afternoon but it was already dark and there wasn’t much to see of Connecticut going by outside the windows anyway. “That’s assuming that loneliness is a symptom of a psychological wound as opposed to… it’s just human nature to want to be with someone?”

“True. But isn’t it? What about being with multiple someones? Why don’t we have more group marriages if it’s all about just not being lonely?” Court made a gesture with her hands like she was rubbing the sides of a bowling ball, as if illustrating how touchy-feely a group marriage would be. “The two-person norm is what I see as unhealthy.”

“Because jealousy is bad?”

“Yes. And because people swallow the fairy tale of Prince Charming and Cinderella and all that.” She cleared her throat. “And I don’t mean that in a straight way. Gays and lesbians are just as prone to that cultural programming, and that’s a shame since you’d think since we’re already having to step outside the mainstream we would examine things a little and leave the rest of the bullshit behind, too.”

“But what if it isn’t bullshit? Just theoretically speaking. The whole soulmates idea.”

“But it obviously is.” She waved her hand as if the argument wasn’t worth making. Hm.

“When you think about it, Court, I’m part of the cultural machine that promotes the ‘soulmates’ fairy tale.”

“What do you think like ninety percent of songs are about? Love, Capital-L Love. Whether it’s falling in love, or falling out of love, or broken hearts from losing the ‘one,’ or what. But a whole lot of them are about finding that perfect one, that perfect match.”

“What are the other 10 percent about?”

“Dancing. Or music itself. All other topics are statistically insignificant.” Yes, even songs about nuclear war.

“Hm. I never thought of it that way.”

“This is why the silver lining of bad breakups is you get some good songs out of it.”

Suddenly a face was looking back at us from the seat in front, moon round and brown. She held onto the seat back, looking over the top. “Excuse me, I couldn’t help but overhear your conversation and I’m finding it fascinating. I just had to ask who you are?”

“Who are you?” Courtney asked without missing a beat.

She smiled. “Sanders. I’m a sociology and women’s studies professor at Brown and you sound a lot like some of my students, yet I don’t recognize you.”

I laughed. “Close, I guess! I went to RIMCon and took a couple of classes in the Brown music department.” We shook hands and I introduced myself. “Daron Marks.”

“I’m his sister, Courtney, and I’m at Emerson right now.”

“And you both identify as non-heterosexual?”

I appreciate that Court glanced at me to check in before answering. “Yes. I identify as bisexual and he’s supposedly gay.”

I poked her on the arm. “What? What do you mean ‘supposedly?'”

“Oh, come on.” Court rolled her eyes. “You know you’ve exhibited bisexual behavior in the past.”

“Hey, how do you know that wasn’t just me succumbing to pressure to conform? Isn’t that what we’re talking about? Social norms warping the way we relate to people?”

“Well, I guess.” She frowned. “It’s just, you know, there are so few of us identifying as bisexual because people get drawn to the poles and don’t stay in the middle. Would you agree, Professor Sanders?”

“Oh, please, just Sanders.” The woman gave a no-nonsense half-laugh. “How much weight should you give to self-identification versus behavior? Is a bisexual person not bisexual until after they’ve had a certain type of experience? Wouldn’t say that about a heterosexual person, certainly. No proof required.”

Court’s frown deepened but she nodded. “I guess I just want there to be more bisexuals. But Daron, you really barely identify as gay.”

I wanted to know what she meant by that. “What do you mean ‘barely’?”

“You said it yourself, you’re not gay-gay.”

“Only in the sense that I don’t fit the stereotypes. I don’t look or dress or talk like a lot of guys do.”

Sanders nodded like she knew what I was talking about. “So you identify as gay without identifying with the community.”

“Yeah. It’s like Jonathan said, I’m not culturally gay the way he is.”

“Even though you lived in West Hollywood,” Court pointed out.

“And felt like a tourist the whole time I was there,” I answered.

The woman’s eyes lit up with recognition. “You don’t mean Jonathan McCabe, do you? The writer?”

“I know, I know. He was a student of mine and he’s kept in touch. He just sent me a draft of his first novel.”

“Is it good?” Courtney asked. That was really not the first thing I would have thought to ask, but Courtney’s mind worked a lot differently from mine.

“Well, I’m not a literature professor, but I think it was pretty good,” she said. “Certainly better than some of the self-indulgent crap I read.”

“I think we’re going to see him this weekend in the city.” I wasn’t sure exactly what was happening when but I assumed we’d run into him at some point.

“Well, tell him I said hello. In fact, I owe him a letter. I was going to write some Christmas cards on the train but somehow I always end up sucked into some fascinating conversation.”

“The train is like that,” Courtney agreed. “That always happens to me.”

It almost never happened to me, but I had a tendency to put my headphones on and then go to sleep against the window. I didn’t say that, though. Instead I said, “It’s wild that we know someone in common, though. Isn’t it?”

(UPDATE: We ditched that song for Suzanne Vega’s “Language” per comment below. -d)

—
Recent fanmemes!!
And guys, don’t forget to send me photos of your Kickstarter packages and yourselves wearing your T-shirts and stuff… 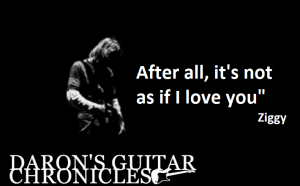 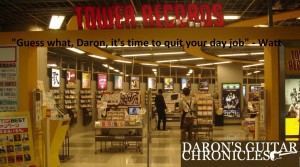 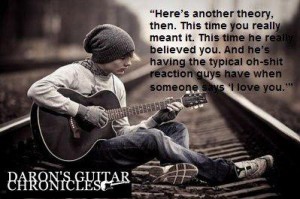 And I found this LJ icon someone made in 2012, misfiled on my computer. I don’t seem to have notes on who or if there are others! (Trys, was it you?)