I walked into The New Orleans venue and the reason it looked so familiar was because it was. Moondog Three had played there in 1989. In fact one of our band stickers was still prominently displayed on a supply cabinet in the green room there, a metal cabinet so scuffed and dented that for all I know was held together by all the band and promo stickers on it.

I know. I said “our” band stickers as if I weren’t there with a different band. That just goes to show how I think about it, I guess. Moondog 3 would, and always will, be “ours”/”us” in my mind.

We rehearsed the “For No One” interlude during sound check, which is to say Charlie, Remo, and I showed it off to the rest of Nomad and the backing musicians, who loved it.

My head and body were still hurting from the night before. Maybe doing three shows in a row was harder on me than I thought, and maybe I couldn’t party like I used to…? Except I never really was much of a “partier.” Maybe it was that I didn’t have my stamina and drinking tolerance built up like these veterans. None of them seemed the worse for wear.

I was glad the next day was planned to be a day off. The plan was actually for us to spend another night in NOLA and then midday tomorrow the band would head to Dallas, have a night off. We had a night off between the Dallas show and Denver, too.

Plenty of time to get started on Fran’s song.

Plenty of time to sit around thinking about what Ziggy and I talked about. But I’m getting ahead of myself now.

After the New Orleans show, which went great–that’s a town that really appreciates good live music and the “For No One” interlude went over so well we talked about adding it as something permanent–bunch of locals took us out to do what we’d done the night before, this time at Tipitina’s. (I drank slightly less and felt slightly better in the morning: lesson learned. When you only weigh half what these other motherfuckers weigh you can’t be expected to soak up as much, you know? Why did it take me so long to figure that out?)

I called Bart from backstage at Tipitina’s, where they had that little efficiency kitchen and a sitting room full of couches–and a phone with unrestricted long distance calling, apparently–and rambled at him drunkenly for a while and he laughed and said he might see me soon.

“Soon, how soon?” I had drunk enough that I couldn’t quite figure out how long I had until I went home. For the record, there were two weeks to go on that leg of the tour.

“I might be coming to LA to catch the show there,” Bart explained. “Carynne’s going to go and I might tag along.”

“That would be awesome.” My heart started to race and it took me a minute for my brain to catch up to why. “When will that be?”

“The Forum show is May first.”

“Right.” The night we would do Fran’s song.

And the next day we had off. “I wonder if I’ll see Ziggy there.”

“I have a feeling he might be. He’s supposedly based in New York now but every time I talk to him it seems like he’s in LA.” I thought about the woman’s voice who answered his phone. I didn’t want to think about it. Fortunately when I’ve been drinking my attention span is very short. “Have you heard the song?”

“Yes, I’ve heard the song. It’s on every two hours on WFNX here, and the other stations, both pop and rock, are picking it up, too. Mind telling me what’s up with that?”

“I don’t know much more than you. Jordan took recordings he had of me that I’d done as song demos and mixed them with Ziggy vocals and a bunch of synth parts he played himself. And that’s what comes out when you do that.”

“I know. But it worked, I guess? I want to know whose idea it was.”

“Definitely. Hang on.” He covered the phone and talked to someone. “I gotta go. Michelle’s been waiting for me to watch a movie.”

“Cool. Tell her I said hello and we should hang out when I get back.”

“Totally. Maybe by then it’ll be warm enough to have barbecues on the roof.”

That sounded really nice. Suddenly I wanted to be home.

Yeah, but the second you get home, you’ll wish you were on the road.

I paged Ziggy from there but a few minutes later the set changed over and and the next thing I knew Remo was asking me if I wanted to get onstage and jam with the band.

The answer to that question is always yes, and we basically played until they shut us down. I don’t remember a lot of details about that jam session–none, really–but I am told it was legendary. When everything is working and you’re living in the moment it’s not as easy to recall as when things are going wrong. It’s always easier to remember something to criticize than something perfect.

Remo and I play so well together. Part of that is how well I know him, and how well he knows me, and when it seems like we’re reading each other’s minds it always blows the minds of the audience. To me that’s just good music. That’s how live music should be.

For some reason when they were calling us off the stage, with the house lights up and the crowd hooting and hollering for more anyway, I was reminded of the police making me stop playing that time outside the Penta Hotel. After Ziggy had been involuntarily committed.

The guys were invited to some after-hours thing then, but I begged off and caught a cab to the hotel. Up in my room the message light was blinking on the phone. I tried to retrieve it and ended up having to call the hotel operator for the instructions on how to get it to play.

When I said I drank slightly less than the night before, I do mean slightly. I should have probably been sobered up by then, except now that I think about it they were giving us beer onstage. Plus performance high messes with my mind.

Ziggy’s pre-recorded voice in my ear messed with my mind, too. In a good way. “Hey. Got your page but when I called back it rang and rang and eventually some jerkoff picked it up and hung up. Were you calling me from a bar where you were playing? I thought I could hear live music. Anyway, I’m trying you again at the hotel. Take down this number to call me back if you get a chance. I’m in New York so I’m an hour later than you. But you know me. It’s never too late to call.”

It was three in the morning, which meant for him it was four. I took down the number and called.

He picked it up immediately. “Daron?”

“I figured it was you. Who else would be calling me at this hour?”

Who indeed? “Was that a rhetorical question?”

“Only a little. After the show tonight we went to Tipitina’s and we ended up playing there, too. This town. Replace all liquid intake with alcohol.”

“You’re not going to puke again, are you?”

“No. No, I took it easy.” I tried to remember why I had been calling him so urgently. Right. “Hey, so remember when we were talking yesterday–”

“This morning, you mean?”

“Whenever. We’re playing the Forum on May first. Can you be in LA?”

“I have the day off after.” God I hated to beg. I hated that I sounded pathetic. But there was no point in trying to hide it, really: “I need to see you, Zig.”

“Are you feeling all right?”

“It’s just weird to hear you express yourself so clearly,” he said, in a happy wonderment kind of way, not a judgmental kind of way.

He made a little groan. “I need to check the schedule and figure out if I can really do it. I can’t just take off on a whim.”

“Even though you did last time?”

I didn’t press him on why then and now were different. “If you can’t, you can’t, but–”

“I need to talk it over with Barrett. But maybe…Would you be up for doing a kind of stealth radio thing, like the two of us show up at K-Rock and do a drive-by gig and then disappear again?”

My heart was going like a kick drum. “Why? I mean, what?”

“Phase two of the Breaking Chains publicity campaign. Just a one-off, to freak people out and stir the pot. If I can convince Barrett that we should fly me to LA because you and I could do this thing because you’re there…”

“Barrett is your manager guy?”

“You don’t remember him because he’s not your type.”

“You ever fuck a guy in a suit and tie?”

“No. It’d remind me too much of Digger.”

“How much longer are you going to be there? I can’t call him in the middle of the night. I’ll talk to him during business hours and maybe all three of us could get on the phone.”

“And the goal is freak people out and stir the pot?”

“No, the goal is to spend some time together. This is the excuse to jettison my other appointments and fly across the country. I won’t make any commitments, yet. I’ll talk to Barrett and then we’ll talk to you before we make any plans.”

“And you’re going to tell Barrett this is an excuse to see me?”

“Okay, I’m just trying to figure out what level of secrecy is necessary.”

“He knows you and I are a thing, if that’s what you mean.”

A thing. I knew exactly what he meant. “That’s reassuring? I think? Um, maybe I’m not in any shape to judge that right now.”

“Yes. Think about fucking me through the mattress on May second if that’s what it takes to stay focused.”

“Of course. You talk best after you fuck, though.”

“True. Very true.” He had this all figured out. “But you’ll talk to me first. I mean, before deciding anything. About radio and that stuff, I mean.”

“Ah.” He really really had it all figured out. “Okay, talk to Barrett and let me know what he thinks.”

“I will. You never told me how long you’re there, though.”

“Leaving tomorrow. Dallas. We play there day after.” Then I remembered there was a phone on the bus. “There’s a carphone on the bus, but it doesn’t work in a lot of areas. I’m not clear on how it works, actually, or what the number is. But I can get the number.”

“All right.” And then I lay there in silence, listening to him breathe. I guess he was doing the same.

I fell asleep like that. I think maybe he did, too. Yes, that meant a massive hotel long distance bill, but, you know, priorities.

—
(Site news! DGC Volume 7 ebooks can now be pre-ordered for Kindle, Nook or ePub/other readers! I’ve emailed advanced copies to Patreon supporters and various others in thanks via email — if you’ve donated more than $5 since January 1 and didn’t receive email from me with a copy, please drop me a note so I can send you your choice of Kindle or epub edition? I’m ctan.writer @ gmail.com!

When the ebook goes live on August 4 I’ll also be doing a launch chat. Daron and I will chat in text from 8-9pm and then I’ll do a video chat from 9-10p. *RSVP via Facebook* -ctan) 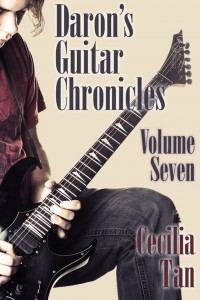