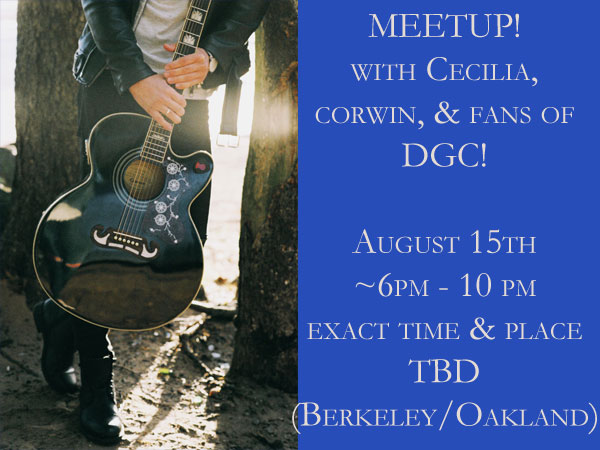 In the morning we woke up to find Courtney had already left for Janine’s. She’d gone with Remo, of course. Remo wasn’t exactly what I’d call a morning person, but he had a kind of fortitude for keeping a daytime schedule that I just didn’t seem to have. Maybe it was related to the whole moral character equals early riser thing that we seem to have in American culture which of course I didn’t follow since most Americans would’ve considered my moral character to be completely degenerate anyway, no matter what time I got up. At least according to Janine.

Since we didn’t have to ferry Courtney to the house, we decided that meant we didn’t have to rush. So we went over to the coffee shop attached to the motel to have late breakfast/early lunch. Or at least coffee. The motel looked like it used to be a Howard Johnson’s but had gone off-brand. I’d seen that before in other parts of the country and I wondered if Howard Johnson’s was slowly dying and I hadn’t noticed? The place was no longer Day-Glo orange and blue, but the giveaway was the peaked roof of the registration hut.

We nursed our coffee while Ziggy looked through some pages that had come through that morning. He squinted at the tiny screen on his pager. “I better call the office.”

“They want me to do a show.” He said it like you might have said “my roommate wants me to buy toilet paper on the way home.” As if it were a slightly distasteful inconvenience to him, but probably urgent to someone else. He called over the waitress, who looked to be high school age, and ordered a fried egg sandwich. “Can I take it up to my room, though?” he asked.

“Sure. I can put it in a box and give you picnic-ware.” She did that thing of smiling and rocking from side to side like Ziggy was so cute she couldn’t stand still. She glanced at me. “You want one, too?”

“Coming right up.” She flounced away.

“I’m not used to people being so chipper this early.”

“Like I said.” I rubbed my eyes. “I didn’t anticipate that the tough part of being with my family was going to be synching up to their timetable.”

“I don’t think your sister ever sleeps, what with working two–or is it three?–jobs and taking care of a kid.” He shook his head. “Have you noticed that even though she technically has a live-in babysitter in your mom, she never leaves Landon alone with him?”

“I had not noticed that, but now that you point it out, yeah, wow. What do you think is up with that?”

“Either your mother’s an incompetent guardian or Janine’s afraid of what she’ll teach him when left unsupervised.”

“Or both,” he agreed. “Undoubtedly both.”

I thought about something Court had asked me the night before. “So has Claire warmed up to you, yet?”

“We’re getting there. She’s not sure if she can… control me the way she does everyone else, so she’s still feeling her way around. There’s a mutual respect, anyway.” He looked at his fingernails unhappily and I wondered if he was thinking about painting them again. “She really is happy to have you and me and Remo following her around like a harem, though. So long as we stay in line, I guess.”

“I feel like as long as she has someone else to pick on, she hasn’t gotten around to me,” I said. “Which feels weird, because I was always first in line for her criticism when we were kids.”

“Maybe she knows better than to attack a golden goose?”

“If that was it, she wouldn’t be picking on Remo so much.” I saw the waitress coming toward us with a tray and I started to feel more awake suddenly. “I think it’s kind of like with you. It’s like she doesn’t really know me yet.”

“More specifically, she hasn’t figured out what will drive you away. She knows what she can get away with on Remo. On us, it’s less clear.”

“Could be.” The waitress set the plate of toast and the caddy of jellies and jams down in front of me, and handed a box inside a bag to Ziggy. He tipped back the last swig of his coffee, thanked her, and then got up to leave. She went with him and held the door for him, and they exchanged a few words. I couldn’t hear what they were, but she blushed.

She then came and refilled my coffee and I spent a nice while eating the sweet jam on toast and alternating it with sips of fairly bitter coffee. I figured that would give Ziggy plenty of time to make his phone calls.

When I finished, I paid for both of us, and then went back to the room. It being a motel, the doors were outside, and me being me, I hadn’t worn my coat, I just made do with tucking my arms against my body and shivering a little.

Once I got inside the room I could see he had the phone on the bed next to him and his head in his hand. He didn’t look happy.

“They want me to do a show,” he said again, like he had before.

“Yeah?” I waited for him to tell me what was so awful about that.

“A variety show. For charity. By myself. I mean, without you.”

“They want me to sing a duet. Michael Hutchence was supposed to do it and had to back out. Or maybe it was Michael Stipe. Whoever.”

I confess I knew nothing about Taylor Dayne beyond the impression she had sold a metric ton of records. Not quite at the level of Madonna but at that time she was definitely in the top tier of female recording artists. I mainly knew her name from hearing Sarah complain about being compared to her. (I still know almost nothing about her.)

I asked the only question I thought it made sense to ask. “Are you going to do it?”

“Yes, but I’m not about to abandon you to Christmas with your family if you tell me you need me here.” He gestured for me to come sit next to him. He moved the phone back to the nightstand.

Once we were touching, I went on. “My family hasn’t been that bad.”

He wrinkled his nose. “But it’s Christmas.”

I knew what he meant. If ever a holiday was designed to be an emotional minefield for a family, Christmas was probably it. “I’ll be okay,” I insisted. “If you have to go, you have to go.”

“Barrett wouldn’t have even brought it up if it wasn’t a fantastic opportunity. I think you should go.”

“I might be able to fly back on Christmas Day.”

“Are you sure this is okay?”

He put his arms around me. “I don’t want to be separated on Christmas Eve. But I sure as hell am not going to ask you to come with me and leave here.”

I held him as tight as I could and still talk. “When do you have to decide?”

“By end of the day today. So, within four hours or so.”

“Find out when you could get a flight back and then decide for sure.”

“If you can get back here on Christmas Day, then definitely. If not, then we’ll reevaluate.”

If only that always worked.

(Maybe it’s weird I know more about Lisette Melendez than I do Taylor Dayne? Maybe because Lisette was from New York and was one of the people in Jordan’s dance music circles we would run into from time to time. -d)