From an objective viewpoint, the Star*Gaze opening set was probably a perfectly adequate performance.

But I don’t have an objective viewpoint. I thought it was excruciatingly terrible.

I judge it from the way I felt for most of it. Off-kilter and like I was making mistakes and lost half the time.

Me, lost. I know. When was the last time that happened. Junior high concert band? And it’s one thing when the fourth clarinet is lost. It’s another when it’s the front man.

They say Jim Morrison started out doing gigs with his back to the audience, looking at his bandmates. I always thought those were just stories because that made no sense to me. I believe them now. I spent a lot of time looking back at the band and letting them carry me.

It was like one of those nightmares where you can’t figure out how you ended up doing a recital without pants on. But there it was. Really happening. Somehow being outside made it worse, like the whole world was watching, not just the tens of thousands of people who were there on the site.

The puzzlement of the audience about who we were and what we were doing there didn’t make me feel any better. When we got to the long jam of Skyward I remembered what Flip had said–let’s just have some fun up there–and thought, fuck it, at least I don’t have to sing this part and Flip and I can just play with each other. At least let Flip rip loose for a bit. He doesn’t get a lot of chances like that. And for a couple of minutes things gelled. My hand didn’t spasm and I liked what Flip and I did together.

Then I went back to the microphone to sing the last song, one of the angrier ones called “Shock Diamonds.” It’s a term I pulled out of a popular science magazine that I read either on a plane or maybe it was lying around in one of the green rooms or studios. I don’t remember now and I didn’t keep the article. Shock diamonds are a pattern that forms in the flames shooting out of the afterburner on rockets. They’re really cool.

I used them as a metaphor for how there’s beauty we can barely understand even when things are breaking up and falling apart. Back to my whole thing about rockets being missiles but also spacecraft, and love being both great and awful. It was a song about Jonathan, really, but kind of brought in the Challenger in a slantwise way.

Not that most of the audience would probably get either that, not being Americans, or much of the words anyway, not being English-speakers, so I just thought fuck it and kind of went to town venting a lot of the anger and frustration that went into writing the song in the first place. I kind of screamed at them and I shouldn’t have been surprised but the audience screamed back. Huh. That only encouraged me to scream louder.

Which turned out to be good for me, because that was apparently the equivalent of tiring myself out. There was the relief that the set was over, plus I’d expelled all this negative energy into the air. As we came off the stage I was wrung out but calm, finally. Calm.

At that point I, and the guys, mostly concentrated on congratulating Flip on making through a live set in one piece—which I figured was their way of protecting my ego from taking a beating with too much immediate criticism.

I still count it as one of my worst performances ever. If I thought some kind of magic was going to happen, like it did at the Cat Club or any number of other times when I was underprepared but equipped to make something of it anyway, that didn’t happen this time. I didn’t expect any magic, though. Which maybe you can look at as a self-fulfilling prophecy.

Or maybe you can look at it as we simply weren’t ready, and with only one of my hands working and not enough time to learn the material I had no business being out there in the first place.

By comparison, the show with Ziggy had to go better.

—
(If you missed Saturday’s post, “Sometimes It’s a Bitch,” go back and read it!) 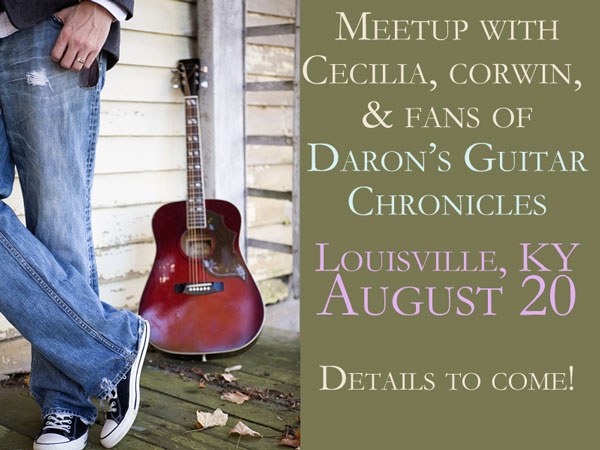 [Reminder: if you think you might come to the August 20th meetup, RSVP: https://goo.gl/forms/0zha4Jxo0E6fqETE3]