We were slated for two shows in Bogota with a day off in between. By the time we cleared customs and reached our hotel it was night. Ziggy was immediately whisked off to meet some press people. I did not mind not having to go with him, even if I wished we could have spent some downtime together.

I went to my room. Despite having had a long nap on the plane, I was bone tired and I was feeling anti-social. So I did one of my favorite things, which is try to understand the television in another country. I don’t even mean trying to understand the language, I just mean trying to grok what’s going on some of the time. The news, soap operas, commercials. They’re all fascinating for a while. I could get some of the words here and there.

But it could only distract me from feeling down for little while. I gave in to my need for human interaction after all and called Carynne.

The mattress made a crackling sound as I lay down on the bed. “You remember that time in New York?” I asked her.

The ceiling was beige and I couldn’t tell if it was intentional or if the white had yellowed with age. “That first time with Nomad. When I was this really irritable, mood-swingy stresspuppy?”

“I remember you being like that for the whole tour, but whatever,” she said with a gentle laugh.

Ha. I deserved that. “I suppose it was just at its worst in New York.” At least, that was how I remembered it at the time.

It kind of hurt to say it, but I felt a little better once the words were out: “That’s how I feel now.”

“Whatever. Back then you never would have admitted it.”

“Back then I was so mood-swingy I don’t think I even knew what I needed was company.”

She already knew the room number, of course. Seconds later she knocked on my door and I answered it.

“Did you know Stevie Ray Vaughan died?” I asked, when we’d settled ourselves, me lying on the bed with my arm stretched out, trying to relax it.

She had brought two bottles of some kind of locally bottled soda with a fruit I didn’t recognize on the label. She set one down next to me and then sat in a chair by the window to take a swig of hers. “Yeah, last year, right? You couldn’t pay me enough to get in a helicopter, you know.”

“Not that our plane seemed better today.”

“Oh god, did you hear me puking into the airsickness bag?”

“If you mean the lighting guy, yeah.”

“Yeah. You actually got sick?”

“Yeah. Awful. The flight attendant told me later it’s often like that crossing the mountains. Updrafts or something.”

“Great.” I tried to send the relaxation of a long breath down my arm. “I’m not sure if that makes me feel better or worse.” I decided not harping on the turbulent flight was a good idea, though. Time to change the subject. “So what is Columbian food like?”

“I think it’s kind of like Venezuelan food,” she said. “Why, are you hungry?”

“I’m not hungry, but I’m curious.” And it was curious that I wasn’t hungry. Maybe our stomachs were still too shaken up. I sat up to try the soda. “What’s this?”

I tasted it. “Huh. It’s bubbly and sweet but kind of bitter at the end.”

Carynne cocked her head. “Hm. That’s what my ex-boyfriends say.”

She made me laugh so hard I nearly gave myself a hernia.

—
(DGC fans! Come meet me at Outwrite DC this weekend! The LGBT book fair and lit festival is all day Saturday August 5 at the DC Center. Full schedule includes readings, panels, and more. I’m doing some of each. See the Outwrite website or their Facebook page for more info. Let me know you’re coming and I might even had some swag for you… -ctan) 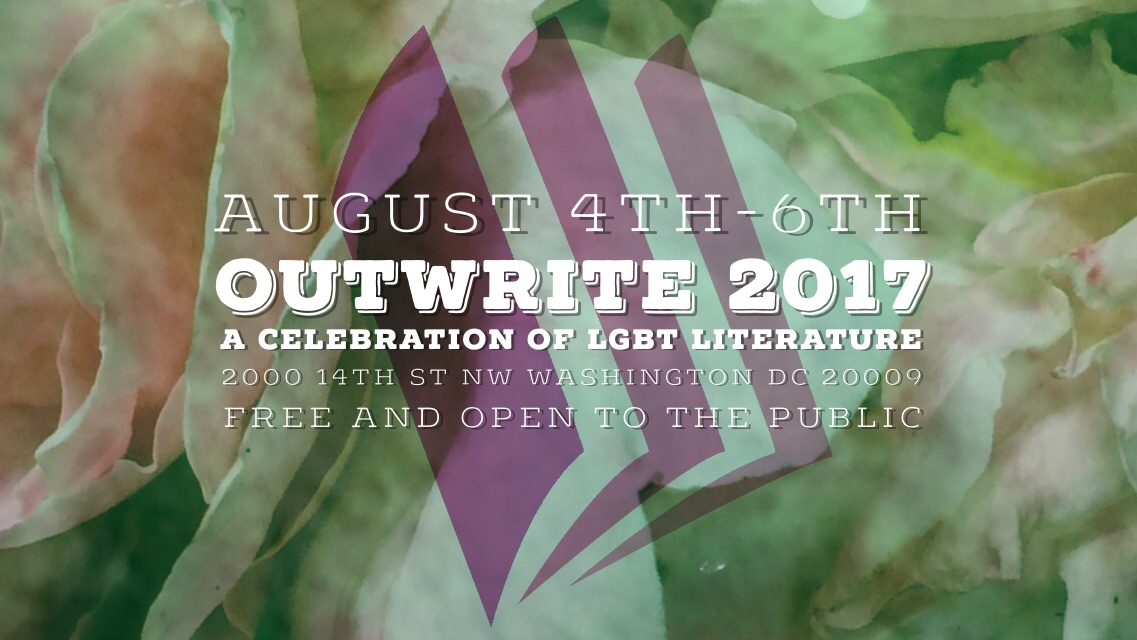