When I arrived back at the house in the morning, Courtney was wallowing in misery.

“Ugh, this is your fault,” she said to me, her face half buried in the crook of her arm on the breakfast table.

“What’s my fault?” I sat down next to her and Janine put a mug of coffee in front of me without saying a word.

“I mean me. My own fault.” She leaned closer and said in a low voice, “You were supposed to take me back to the motel last night so I could avoid all this.”

“I know. God, I’m stupid.” She groaned. “Now I have to decide whether to make a scene or suck it up.”

Janine plopped a box of Special K on the table in front of us, along with a pile of bowls. A bunch of spoons and a tall, skinny carton of milk followed. I poured a bowl for Courtney, put a spoon in it, and pushed it toward her before making one for myself. “You want me to prep you a bowl, too, Janine?”

She grunted and sat down, staring at the criss-crossed pile of spoons.

“You look like you could use some coffee, too.”

She grunted again and rubbed her eyes. “I gotta drink a cup of coffee before I’m awake enough to remember to drink my coffee.”

I knew that feeling well. “Here, I’ll get it.” The carafe in the coffee machine was nearly full. I took a clean mug out of the dishwasher and poured it three quarters full so she could add milk. I put the sugar bowl on the table, too.

“This cereal is really good,” Court said suspiciously, looking over the box for clues.

“It’s not the cereal. It’s that we’re apparently having it with half-and-half,” I said.

Janine poured half-and-half into her coffee, stirred in some sugar, and then downed quite a bit of it. I don’t think it works instantaneously, but she seemed to perk up within seconds. “That’s because some man did the grocery shopping and underestimated how much milk a five-year-old boy can drink. Ugh. And the grocery store is closed today.”

Janine nodded and cradled her mug.

“How about this. I’ll stay here and clean up the breakfast dishes.” Courtney got up and put her bowl into the empty sink, the spoon clinking into it after.

“Hoo boy, that’ll take forever, putting half a dozen bowls into the dishwasher and turning it on,” Janine snarked.

Court folded her arms. She was wearing a green flannel shirt that I suspected had once been mine, but I didn’t like the green one as much as the red. I couldn’t remember if I gave it to her or not. “Have you met our mother? That isn’t going to fly.”

“Are you sure she wants you to come?”

“Of course she wants me to.”

“Did she say so? Or is it just your assumption? Maybe she feels guilty about putting you through all that evangelical crap.”

“Oh, like she’d admit that? You know facing facts isn’t her strong suit.”

“I dunno, for a woman who doesn’t face facts she’s being awfully detail-oriented about dying.”

“So that we’ll cut her some slack.”

Somehow I doubted it was “slack” Claire was after. “Why don’t you just ask her?”

We all froze as Claire appeared in the doorway, already in her church dress and blazer. “Ask me what, darling?”

Janine fled quickly. “I better go get the kid up and dressed.”

“I’ll help,” Court said, and went after her.

That left me and Claire alone. I pulled a mug out of the dishwasher for her. “Coffee?”

“Yes, please,” she said, and sat in the chair at the kitchen table that Janine had vacated. She sat on the edge, her ankles crossed and her back ramrod straight.

I poured her a three-quarter mug, too, and refilled mine, and then we brought the half-and-half level dangerously low. I hoped that enough was left for Landon’s breakfast. We could hear his voice all the way from his room although we couldn’t make out what he was saying.

“Everyone says boys are so noisy, boys learn early to take up space,” Claire said, sipping her coffee carefully and leaving lipstick on the rim of the mug. “Landon seems to prove that.”

I gulped down the coffee with what I hoped was a noise of agreement.

“You, though. You were never loud.”

I froze inside, but tried to look nonchalant, running my finger along the handle of my mug.

“Not even as a baby. You had a kind of miserable, quiet cry, like some weird animal.” She looked at me over the top of her mug like she didn’t recognize me now. “I was so ill while I was carrying you. I think…” She paused, setting her mug down with great care, so it made not a sound as it touched the table. I could still hear Landon’s voice and his feet thumping as he ran from his room to the bathroom and back, laughing, but in the kitchen both Claire and I were holding our breaths. I was waiting to see what she was going to say. And so was she.

She closed her eyes before going on. “That was the most miserable I’ve been in my entire life. I’ve never felt worse.”

Was she expecting me to say I was sorry? She didn’t sound like she was blaming me, exactly, but I didn’t know where this was going. I tried to think of something to say, to make it a conversation instead of just a one-sided thing. “Mental anguish makes me feel a lot worse than physical pain. Well, except maybe the time I got burning ash in my eye.”

She looked startled. “When was that?”

“We were on our first big tour, on a leg where we were playing some large arenas. The opening band was a local act who thought they were bigger than we were and they put explosives on the stage.” I explained it in my usual deadpan way, but her mouth was round with horror. “Ziggy and I were standing together at the edge of the stage when it went off. The shirt he was wearing caught fire and burned his arm, and I got it here,” I held up my left hand which still showed some dark patches and lines, “and here,” I pointed to my eye.

“It was like getting a hot poker in the eye.” I clenched my fist reflexively, remembering how I had covered my eye and how hard they had to fight me to pry it away. “Fortunately no permanent damage but it hurt like hell until they put a drop of liquid cocaine into it and then poof, instantly the pain was gone.”

“Maybe I’m misremembering that part. Maybe it was novocaine or something. Still.”

“Goodness. Did you sue?”

“No. We kicked them off the tour, though, and replaced them with a band we knew from Boston, but that was before we realized they were so born-again they would consider me the devil.” Wow. I had forgotten that whole thing with Miracle Mile. “Now that I think about it, feeling betrayed by people I considered friends hurt a lot worse than getting burned in the eye. I guess because you can’t just make the pain go away with a drop of cocaine.”

“But people will sure try,” she said. I realized she was right. I filed that uncomfortable thought away for discussion with my therapist when and if I ever got back to therapy, which I assumed I would whenever I made it back to Boston. But it was starting to feel like that might not happen for a while. I guess it wasn’t really a knew revelation that Ziggy and I were both susceptible to “self-medication” when we were in any kind of mental or emotional pain. But it felt like it, hearing it put like that.

Now her finger was the one circling the rim of her mug, smearing the lipstick at the edge. “They say if I am suffering enough they’ll give me painkillers.”

I didn’t know what to say to that. “Do you want them?”

“I will. I want you to promise you won’t judge me if I take them.”

“I am the absolute last person who should judge you for turning to drugs for comfort,” I said. “Especially if you got them from a doctor and not off the street.”

Her laugh was low and bitter. “Oh, but the ones who judge most harshly are always guilty themselves.”

“I’m not big on judging people in general.” I realized I still had coffee and I drank the rest of what was in my mug, right down to the sugar sludge in the bottom. “I’m also not good at guessing what people want. But if you just tell me, I’ll help.”

“What a novel approach,” she said. “So do you promise?”

Promise. Like kids on the playground linking pinkies or something. “Not to judge you? Of course not.”

“Good.” She was trying to smile that winning smile but she couldn’t quite make her face do it. “Because your surrogate father is being an utter bastard about the subject.” 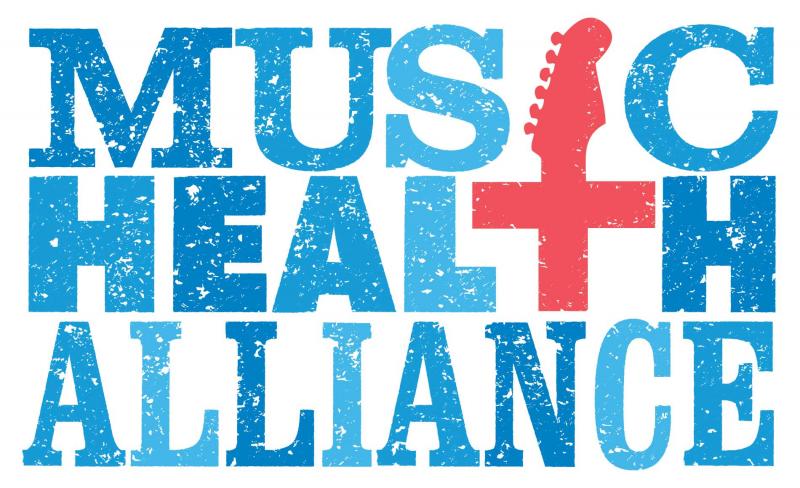 Hey all, wanted to bring your attention to the HEAL THE MUSIC charity auction for the Music Health Alliance.

The Nashville-based MHA helps musicians & music industry pros in need in times of health crises, by providing access to healthcare. MHA services PROTECT clients via health insurance or alternative ways to pay for healthcare. They DIRECT by providing confidential guidance, education and navigation until one’s healthcare need is resolved, and MHA services CONNECT clients with resources like medicine, hospitals, doctors and financial aid. The charity auction is auctioning off experiences and such. One live now is two backstage passes to a music festival in Tennessee whre Jack White and Lionel Ritchie will be performing [not together, I don’t think…]. I think more items will be added later.