Today’s chapter is coming at the usual time (barring technical difficulties) but here’s today’s art for an early start! And don’t forget to join Daron for a chat from 8-9p and me tonight on YouTube at https://youtu.be/Xmew_g9ktp8 from 9p-10p eastern time! 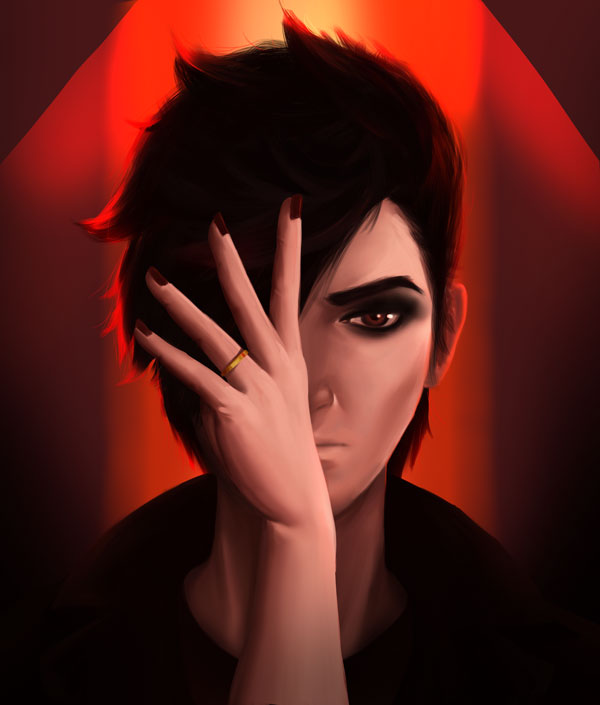 The ring’s effect on Ziggy has been profound, hasn’t it? I think he was truly surprised that Daron went there. Then again, Daron was surprised even though in hindsight he sees it was the obvious thing to do. Ziggy’s subliminal messaging and Daron’s subconscious were in tune with each other, even when their conscious minds would have never admitted it.

Daron certainly didn’t predict that the ring would end up being a sort of lifeline, either. I think if he doesn’t propose & they aren’t committed before the tour of South America, Daron doesn’t make it through the tour. Well, at least their relationship wouldn’t have survived. (Daron probably would have ended up shipped home for medical reasons.) But because the rings were there, and all the things that led up to them wearing them, Daron unwittingly set up a lifeline for himself. And Ziggy was there to almost literally throw him a life preserver when he needed it most.

Ziggy’s conclusion is that marriage is wasted on some people!

Incidentally, yesterday was corwin and my 27th anniversary.